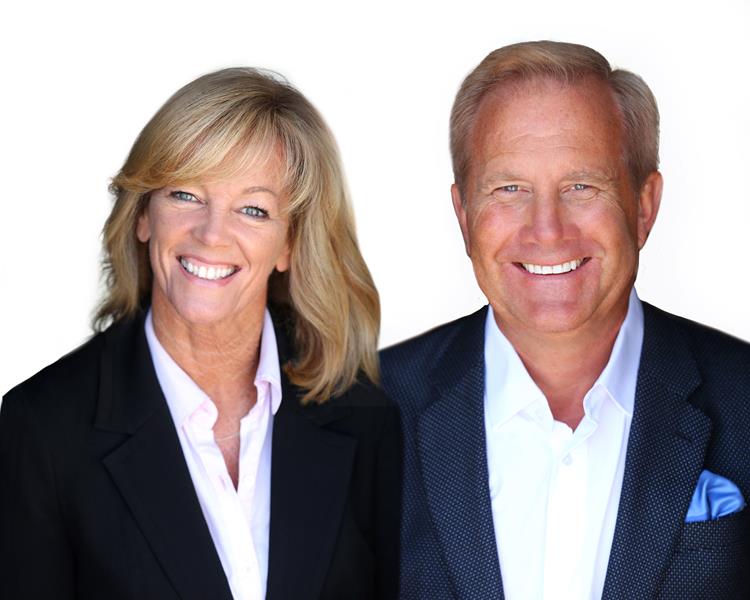 Rachel and Doug Swardstrom of the Swardstrom Group are luxury real estate experts who specialize in delivering superior results. With over $40.1 million in sales and volume since February 2020, this unstoppable team has an unmatched knowledge of the local luxury markets, including Newport Coast, Hidden Canyon, Quail Hill and Laguna Altura. Their comprehensive global marketing plans incorporate cutting edge virtual and social media marketing, 3D models and floor plans, VR tours and property spotlights on their highly trafficked YouTube channel.

Rachel was born in California and has been a resident for over 25 years, including most of those years in beautiful Orange County. Following her graduation with a Bachelor’s Degree in Business, she started her career training with two of the world’s most reputable Fortune 500 companies – Procter & Gamble and Merck. She completed her MBA at Pepperdine University while working full-time at Procter & Gamble. She earned many sales awards including Vice President’s Club, New Product High Sales, Top Volume Territory, Leadership, and Presentation Skills. At Merck, she became one of the top pharmaceutical executive-level sales representatives in the nation, winning several regional and national awards. At Coldwell Banker Residential Brokerage, she quickly rose to the top with awards including Rookie of the Year, Special designation with Previews International, and the International Presidents Elite Sales Award in 2013 & 2014 – for ranking in the top 1000 in the NRT Gateway national realtor network with over $50 million in sales. In 2015, Rachel and Doug received the International President’s Premier award, moving them into the top 1% of all Coldwell Banker. Rachel’s enthusiasm and passion for real estate are contagious.

Raised in Palos Verdes, CA, Doug has spent most of his life in Southern California. He has been a resident of Orange County for 20 years. After earning his Bachelor’s Degree in Business & Economics, Doug pursued a successful career in financial services, including sales and licenses for securities, real estate financing, and qualified plans. Within two years, he became a leading regional sales trainer and earned national performance awards. As his business became more focused on high-net-worth individuals, families, and trusts in Southern California, he accepted a management position at a Southern California asset management firm. He earned his MBA while working full-time. Working with some of the wealthiest individuals, trusts, and investors in California, he became the General Manager which included the responsibility of oversight for over $1 billion in real estate holdings and transactions, securities, and management projects around the country. His passion for real estate, understanding of finance, experience with executives and other CEOs, and intimate understanding of the lifestyles and expectations related to high-net-worth individuals, proved to be a perfect fit as he and his wife, Rachel, launched the Swardstrom Group, in partnership with Coldwell Banker. In 2015, Rachel and Doug received the International President’s Premier award, moving them into the top 1% of all Coldwell Banker.

Thank you for your recommendation!

Your feedback is very much appreciated. "The Swardstrom group made it possible for us to buy a home in a neighborhood we love!!! We were impressed with their caring approach! They took extra time to ensure the home we were buying was perfect for us and our needs! FIVE STAR REVIEW!"

"My husband & I used The Swardstrom Group to sell our home in Quail Hill & they had it sold in less than 24hrs – before it even hit the MLS! They helped us navigate through the escrow process and remained calm & professional even when there was snags with the new buyer. Then when we found a home we wanted to purchase they helped us successfully negotiate and beat out four other offers. It’s an older home and they helped us negotiate buyers credits to cover needed upgrades. We highly recommend the Swardstrom Group! They always go the extra mile to make sure you are covered whether you are the buyer or the seller and they are simply a pleasure to work with."

"The Swardstrom Group are amazing realtors, and moreover just really good people. They guided us through the process of selling our home, finding a rental property and through a very complex negotiation of buying another property. Moreover the people who bought our home and the rental home we moved in to were not even in the market for either, but because of their great network of people they were able to connect all of us together and it ended up working out really well for everyone. The Swardstrom Group definitely gets my highest recommendation!"

"The Swardstrom Group helped us find a rental for our family in Quail Hill. Their extensive knowledge of this area and of the community members gives them a very specific ability to find and negotiate for her clients. Would definitely use them again!"